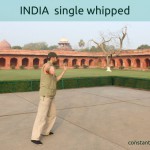 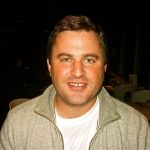 “Surrendered to the Chi working through spasmed muscles through the Dance of the 108 & felt another step… Nidra!?”
Ray’s Find 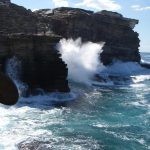 “After class I sat to meditate remembering the above. I experienced such strong cool vibrations that stopped raising and tying up Kundalini, out of Respect, because She was already There.”
Andrew’s Account 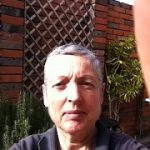 “The image that came to mind was the coiling and uncoiling of DNA strands, the double helix, and my arms and legs moved with a fluidity and connection that I had never experienced.”
Magda’s memory

It was like I had a right arm made of energy which moved alongside with the left arm.
Laura stands 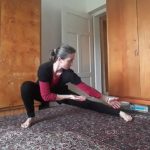 “I felt the cool flow in the whole left side of my body.”
Marketa jinks 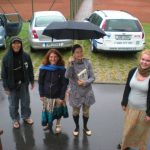 “.. the movements are our attempts at becoming one with the GOLDEN RATIO, so awesome.”
Dagmar’s Vault 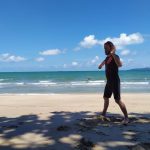 In 2013 I experienced in Moravka what I had previously only read about; The flow; Tao and stillness while moving?
George’s sun? 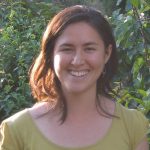 “Meet each person where they’re at with a perceptive task to stimulate them to learn for themselves.” Shona shifts 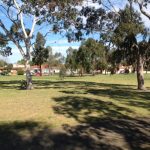 “If you show me, then I will know what the problem is?”
Gregor’s Tome

“Dance: like sleep in its ebb and flow and gradual waking.”
Danya’s page 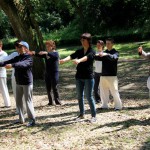 “I experienced the highest state of Union with the All, my inner energy united with the All Pervading Energy beyond myself;”
Parvati’s Light 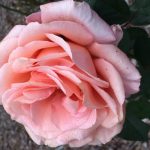 It was so peaceful and then I was standing on the globe, the earth, just me and the world.
I was supported and could look down and see the whole globe under me with space all around.
many & Moore? 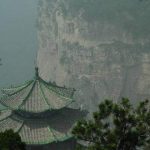 It is the conversations with Sifu, which challenges my brain deeply.
Shimada movement I began doing a mirror image of the form..after doing this I went back to the piece and had no trouble performing the tricky passage.  Tims’ Timbre

“I came to Constant Balance by mistake.. and have been in his class ever since.” Virginia 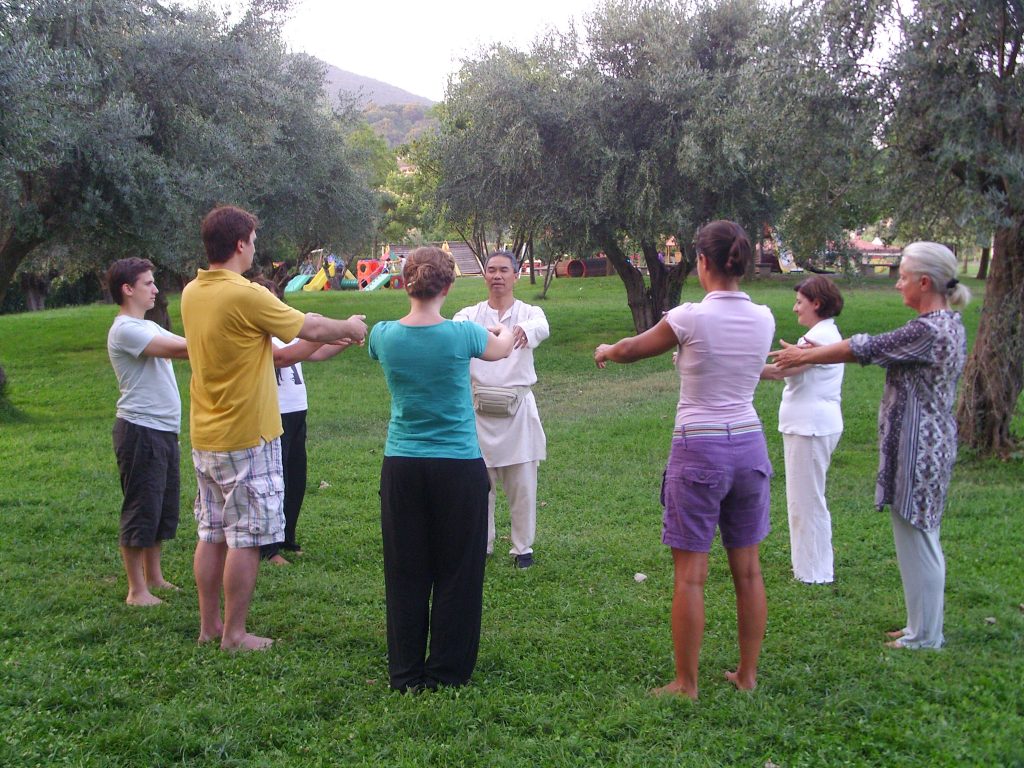 “the vibrations were present and strong, can’t wait till next time 🙂 May the Force be with you.”  Hanuman Despite having strong muscle pain for a few years, after more or less 8 days of intensive course I noticed a great lightness and greater balance in my posture and I found a very positive effect on my mood. This amazing experience has helped me to rediscover the unity within myself. The meditations have become more spontaneous and profound. I felt it obviously and clearly that practising Yuan-Chi Tai Chi Chuan gives me a balanced well-being of all the senses in a very natural way.
Alexandra 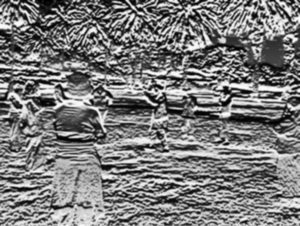 “I felt my awareness slow to an expanded awareness of the present, I was aware of the warm sun, cool touch, soft orange light..in the stillness I could feel my heartbeat and my awareness of being part of something greater.”
Brenda’s Recommendation

“I had a sense of being immersed in the dance, as if I had stepped out of myself.”
Tyrone’s Tale

I noticed after 4 hours..my aches and pains were just about gone!
Mick’s Mission “In the summer of 2013 I had a severe injury in my lower back so I couldn’t stand straight or walk properly.
Then I met Lum Sifu and I started to learn the Way of Tao. I received a personal intensive course – learning Section One of Yuan-Chi  Tai Chi Chuan. Sifu also treated me and everything worked out perfectly.”
Hanuman

William’s retort to ‘hotshot’ geek’s boast about his programming wizardry:
“If you’re good at programming then I am God. But I’m not God so you can’t be any good!”

“I understand now what you meant, when you talked to me about real Tai Chi Chuan!”
Steffi Says “Today master Ric helped heal me of my cold and flu.”
Mick’s Surmise

“She was beaming out a ray of healing to all the children in the ward. All the kids slept soundly and total peace came over them all.”
Healing Rose? “As for my Southern Mantis Tong Long and Choy Li Fut Gung Fu, well, I have to say that I have taken a giant leap forward…This is one amazing journey of true Tai Chi…”
Master John’s Exposition

“To truly be movement of a subtle texture our internal calmness must overcome or control the pervasive influence of the external surroundings.”
Cam’s Mem!

“I experienced during the practice a feeling of purity and silence, and in a specific moment when I turned and was facing you, came a deep sense of respect and gratitude for you and what you were doing…sometimes when I was moving my arms and hands I could feel the energy, or Chi, as having substance and I could hold and move it, almost see it. As if the Chi became more dense and possible to grasp.”
Thanks for practice today. As I said, I couldn’t find words to express how I felt during the form, only later I realized that the only way I would be able to describe it would be as being touched by Grace. I will leave like that, the rest would be empty words.
Carlos China

This is Tai Chi? “This little critter took time out to watch Amy and friends doing Yuan-Chi Tai Chi Chuan in Santa Cruz, California. But the interesting part was that the squirrels stayed together afterward, cuddling and playing and preening each other for the rest of our time at the park.”
Amy’s Anecdote

“As a primary school teacher, my commitment to tai chi seems to be directly proportionate to my capacity to create engaging learning experiences in the classroom.”
Adrian Observes

“There are no thoughts in my head, just the graceful movements. I am at peace.”
Jan Enlists

“It is a mirage to the mind because it is so hard for the mind to comprehend but it is real.”
Sara’s Sagacity

“while all parties were perfectly still and before any ‘physical’ movement, the students ‘sense’ of their center of balance appeared to be shifted.”
Gerry’s experiences” “Hi Ric, I enjoyed the class last Wednesday. I was very pleased and impressed with your approach and the emphasis given to The Way.
Your approach certainly struck a chord with me and I’m very keen to learn and develop my connection with / awareness of Chi and make that part of the external movement which, in turn, I hope to control without using muscles. I guess it’s about learning to dance as you say.
So much more to say, I feel both impatient for the next step (and the next, and the next) and relaxed that the journey has begun.
15/06/2011, Chris Crane

“..several months later I was in Villa Ada, in real-life with Master Ric, in the same place as in my dream!”
Infant Ivan?

“Yuan-Chi Tai-Chi during class always leaves me in a better place and my mind can clear and be free of burdens, worries and distractions. It is meditative for me and I feel lighter and more peaceful at class end.”
Neelica Finally

“If you apply it without having experienced the internal dynamics then you will use force / strength / speed to manipulate the opponent. – this is not Tai Chi.”
Rodney Reflects “The movements flow, the feeling is exquisite.”Susanne Heuberger

“I have also gained a certain resilience and inner strength of character through perseverance… And indeed, there are times when I feel as if I was in a state of meditation and I can float like a butterfly.”
Chris B Professes

“I was having fun playing in the ‘spaces’ between styles – there is more ‘movement’ in them than I had noticed before, LOADS in fact and a lot of ‘force’/’springiness –”
Sharon Expounds

“..there was a point when a work-related issue came sharply into my mind.” Dinh’s Diary

“Amazingly, my neck cricked at the point which I’d been having rigidity problems for a very long time..”
Jo’s View

“Thank you very much for your healing hands.” Miranda “I did experience an energy movement that did indeed come out of the softening and surrender to Mother Earth.”
Sally’s Compliment

“Quite early on in my learning I found that at the end of practice I would be greeted by a kind of ‘explosion of peace’, this still occurs.”
Jon’s Journey

“It is like I am sharper and I think faster and more clearly…my typing is faster… weird.” Jane Serves

“.. the monkey sees, but…”
Kyle’s Contemplation

“It feels like the wrist has become one solid but malleable rod of metal, without any joints or layers. Kind of like soft lead. Bent easily if gently pressed, hard and solid if hit with abrupt force.”
Ss 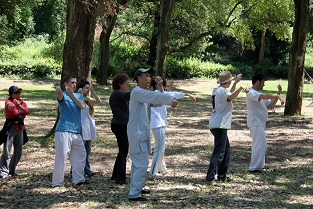 “May the Song Be Heard By All”
Eva

“I felt I was watching a dance between you and a much beloved being, maybe your Higher Self…”
Linda

“The act of trying to let go has struggle inbuilt…”
Janaki

“The feeling made me joyful, as a happy surprise.”
Ben’s Brooding

“When she saw me last (in February) she complained that it was so slow she could not stand it. This time she was seriously interested and tried to follow my movements. The question is, where was the change? With me or with her?”
Sieghilde’s Version