About myself
I was born in Mudgee, NSW and lived on 3 different farms attending schools in Mudgee until I moved to Sydney to Study Dentistry at Sydney University following in the footsteps of my grandfather and great grandfather who were both dentists in Mudgee.

After graduating in 1988 I worked at Westmead Hospital for 2 years and since then have worked in private practice. I married in 1989 and have 2 children Mia and Nicholas.

In 2011 I was diagnosed with a congenital Atrial Septal defect, hole in the heart and Coeliac Disease which was a huge shock as I was rarely sick and quite resilient.
In October 2014 I had open heart surgery, attended rehabilitation, returning to my pilates class and work in January 2017. 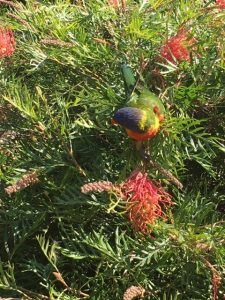 How I came to Yuan-Chi Tai Chi Chuan
Although I had many hobbies and interests including botanical art class, photography, reading, gardening, movie going, creating I needed a way to deal with stress and  self esteem. I think growing up in the country you become quite self reliant and I sometimes felt a lack of confidence in social situations. My values were not always those of some family and friends who seemed to have ever bigger houses and more expensive lifestyles but lacked compassion.

On Wednesday 6th April 2016 I arrived home from work and received 3 messages.
My friend Vivienne had died that day of cancer, another of the school mums was diagnosed with Pancreatic cancer and my cousin with throat cancer. As it turned out 2016 was to be the most challenging year of my life.

So now Tai Chi
Robert De Niro, The Intern, Google, Constant Balance, Tuesday 2nd August 2016 7am first Tai Chi class.
I was humbled by the acceptance and patience of all in the Tai Chi class which became quite a haven.  I worried that my brain was not up to the task, I struggled to be on time but just kept trying, turning up. The magical park full of trees, birds, dogs, life served as a comforting backdrop.
I hope that I can grow to experience an inner resilience, peace and wisdom. 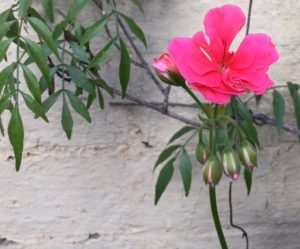